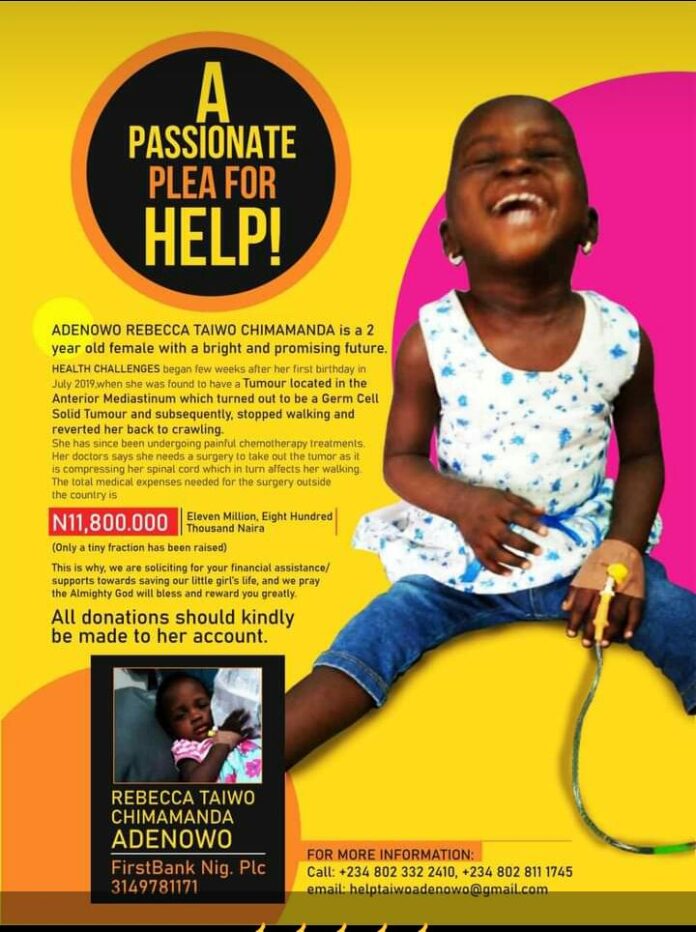 Adenowo Rebecca Taiwo is the first of a set of twin girls born on the 7th of May 2018 to Mr and Mrs Idowu Samuel Adenowo. 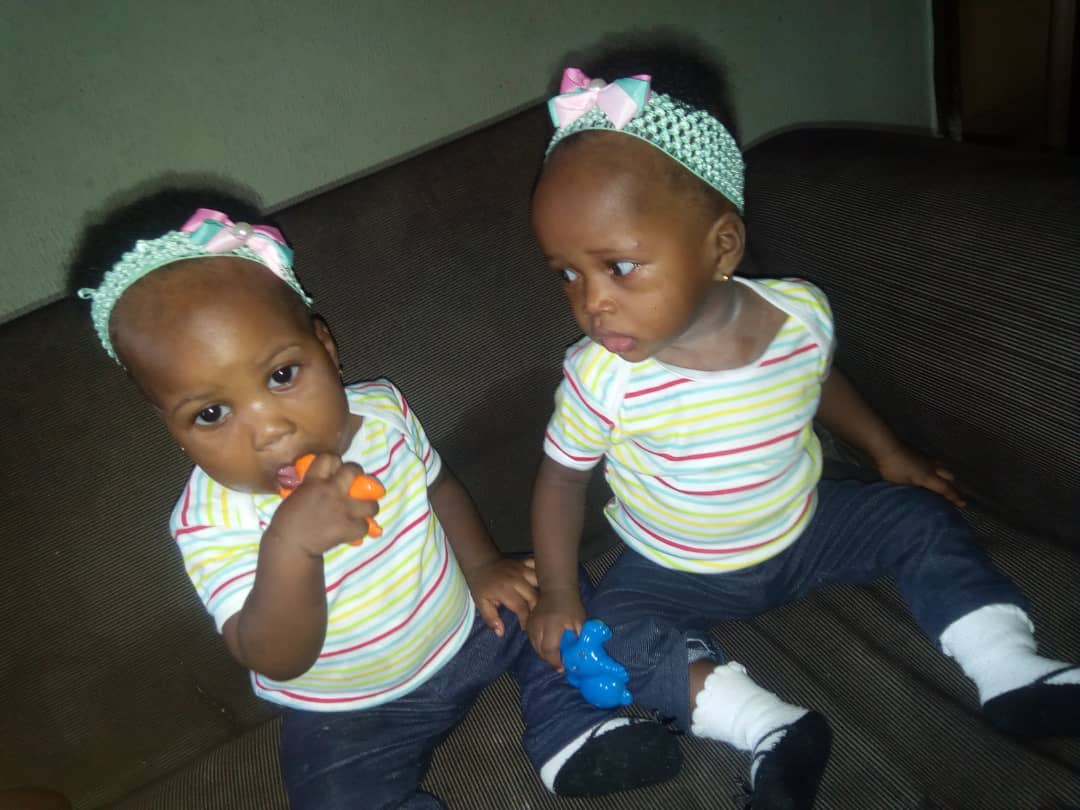 The pregnancy was uneventful, without any problems, and delivery was via Elective Ceaserean  Sectionat Gbagada General Hospital. She weighed 1.8kg at birth.

At 3 weeks of birth, she was noticed not to be her usual active boisterous self, which prompted the parents to seek medical attention at the University of Lagos  Medical Centre, where she was attended to and referred to the Lagos University Teaching Hospital (LUTH), where a diagnosis of Bronchopneumonia was made.

She spent over a week there and in the course of series of investigations, she was found to have a tiny hole in the heart (Patent Foramen Ovale) and Pericardial Effusion, for which she was referred to the Cardiologist, who managed her on Compounded syrups of Indomethacin, Lasix and Spironolactone and close monitoring with Echocardiogram. She scaled through this first hurdle of health challenge, after about 6 months of treatment, the hole closed up but the Pericardial Effusion persistent.

Few weeks after her first birthday, she was taken in for admission again on request by the Cardiologist to be properly investigated upon to find out why it is still persisting.

She went through the rigours of Gene Xpect (Sputum) tests, Chest X-ray, Bone Marrow Aspiration, Blood tests for Tumor Markers, Ct Chest Scan which finally detected the mass in the Anterior Mediastinum.  She was immediately sent to the theatre for Trucut  Biopsy of the mass, sample sent for Histopathology and results showed Round Blue Cell Tumour with differentials which included Thymoma and Yolk Sac Tumour.

In the course of all these, there was a reversal of milestone, she stopped walking and went back to crawling.

She was referred to the Paediatric Oncologist where a final diagnosis of Germ Cell Solid Tumour was made and started on Chemotherapy with the aim to reduce the size of the mass and perform a  surgery to take it out.

Following the chemotherapy sessions, she was referred to the Chest and thoracic surgeons at LUTH and Babcock University Teaching Hospital, where this was described inoperable.
In order to give the toddler a fighting chance of survival, the parents were advised to seek treatments and surgery in more advanced facilities Worldwide. 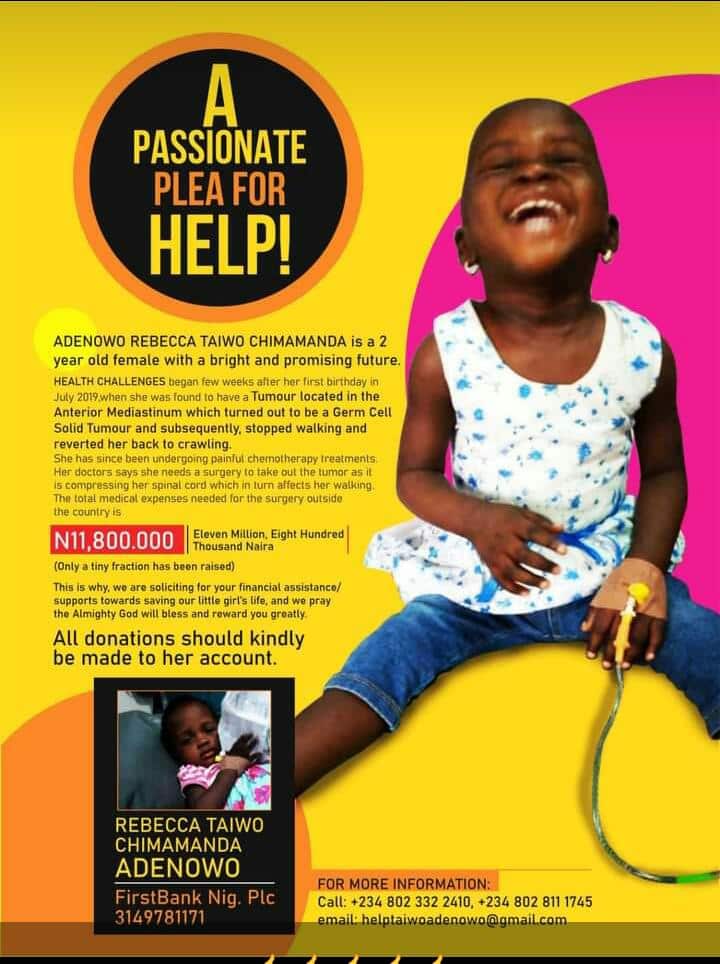 Help little Adenowo Rebecca Taiwo by donating to her account below…