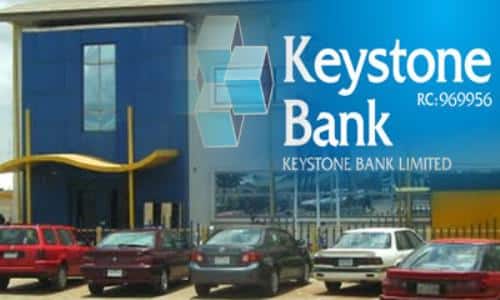 Conviction and jail sentence against Keystone Bank over N855milion share fraud has been obtained by EFCC.

Newsone Nigeria understands that at the weekend, details emerged on how BankPHB (Now Keystone Bank) in cohort with two of its top staff, Mr. Anayo Nwosu and Mr. Olajide Oshodi defrauded the Chairman of Dozzy Oil and Gas, Sir Daniel Chukwudozie N855 million.

Leveraging on the relationship between his wife and the wife of the Dozzy Group chairman brought in Nulec Industries Limited owned by Indian Businessman, Asok Israni that is indebted to the bank and several other banks, Nwosu  sold a phantom share purchase scheme to him.

Nwosu got his wife to transfer N855 million to Istani’s account for the share purchase even without the initial consent of Chukwudozie. The transfers were, however, later ratified by Chukwudozie.

After several appeals for his money to be refunded to him failed, Chukwudozie wrote a petition to the Economic and Financial Crimes Commission. The commission found the petition meritorious and consequently mandated it’s operatives to investigate the scam.

One of the counts reads: “That you, Anayo Nwosu, Ashok Israni, Olajide Oshodi, Sunny Obazee, Bank PHB Plc/Keystone Bank Ltd and NULEC Industries Limited, between July 14 and July 31, 2008, in Lagos within the jurisdiction of this Honourable Court, did fraudulently convert to your use the sum of N285, 000, 000 being the property of Dozzy Oil and Gas Ltd, when you credited the account of NULEC with the said sum to defray its debt owed to Bank PHB Plc as against paying the sum into the Private Placement Account of NULEC, which sum was to be used as payment for the purchase of shares of NULEC Industries Limited under a Private Placement.”

Another count reads: “That you, Anayo Nwosu, Ashok Israni, Olajide Oshodi, Sunny Obazee, Bank PHB Plc/Keystone Bank Ltd and NULEC Industries Limited, sometime in 2008 within the jurisdiction of this Honourable Court, with intent to defraud, obtained the sum of N855, 000, 000 from Dozzy Oil and Gas Ltd, on the false pretence that NULEC Industries Limited was inactive profit-making manufacturing and trading activities, thereby purporting same to be payment for the purchase of shares of the said NULEC Industries Limited under a Private Placement.”

The defendants, however, pleaded not guilty to the charges, thereby leading to their full trial.

During the course of the trial, Rotimi Jacobs (SAN), the prosecution counsel, presented witnesses and tendered several documents that were admitted in evidence by the court. The complainant also testified for the prosecution during the trial.

However, Justice Kudirat convicted and sentenced the first, second and third defendants to five years imprisonment each on counts 1, 3, 4, 7, 9, 10 and 13 of stealing. The companies were also ordered to pay a fine of N20m to the Federal Government on counts 1, 10 and 13. The judge also ordered the convicts to restitute the sum of N395 million to the victim of the fraud.

Justice Kudirat found the defendants except the 4th defendant guilty of stealing.

Justice Kudirat found that the money paid by Chukwudozie for the shares was spent and no allotment of shares was made.