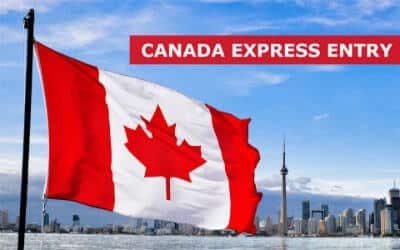 Canada immigration News: This week’s Express Entry draw did not happen due to recent Comprehensive Ranking System (CRS) score changes made by the federal government.

On its website, the federal department of Immigration, Refugees and Citizenship Canada (IRCC) explains that the absence of the regularly-scheduled draw is a result of IRCC’s announcement on Tuesday that it will now award more CRS points to French-speaking Express Entry candidates.

The CRS scores of all profiles in the pool will be updated automatically before the next invitation round after the updates. This could take up to two weeks.

Under its Express Entry application management system, IRCC awards immigration candidates a CRS score based on their age, education, language skills, work experience, among other criteria.

The last one happened on Wednesday October 14, in what was the biggest Express Entry draw ever.

Immigration hopefuls eagerly anticipated this week’s draw, which was expected to take place on Wednesday October 28, but its absence may have created uncertainty due to the coronavirus pandemic.

However, IRCC has clarified that the lack of a draw this week is not related to the pandemic.

Instead, with up to 30 more CRS points now being awarded to French-speaking Express Entry candidates, IRCC needs to update the CRS scores of candidates in the Express Entry pool.

Once this update is complete, immigration hopefuls can expect Express Entry draws to return to regular bi-weekly intervals.

Canada’s historic Immigration Levels Plan 2021-2023 announcement yesterday is more evidence that IRCC plans to bring its Express Entry operations back to normal. Under its new Immigration Levels Plan, Canada will aim to welcome over 400,000 immigrants annually, of whom, an average of 110,000 immigrants will be admitted through Express Entry programs between 2021-2023.

The purpose of the CRS changes earlier in the week is to encourage more Francophone skilled workers to immigrate to communities across Canada. Canada has two official languages, English and French, and hence, aims to maintain a strong Francophone character, in large part by attracting Francophone immigrants. Quebec operates its own immigration system with the same objective. At the national level, IRCC has a mandate to further encourage immigration to all other provinces and territories.

IRCC has a goal of Francophones comprising 4.4 per cent of all immigrants outside of Quebec but this figure currently stands at 2.8 per cent. The CRS changes are aimed at helping IRCC achieve this goal.

Successful candidates receive an invitation to apply (ITA) for permanent residence. Canada has issued 82,850 ITAs in 2020, higher than at the same time in any other year since Express Entry launched in 2015.

The number of ITAs will continue to increase now that Canada will aim to welcome over 400,000 immigrants per year under its 2021-2023 Immigration Levels Plan.