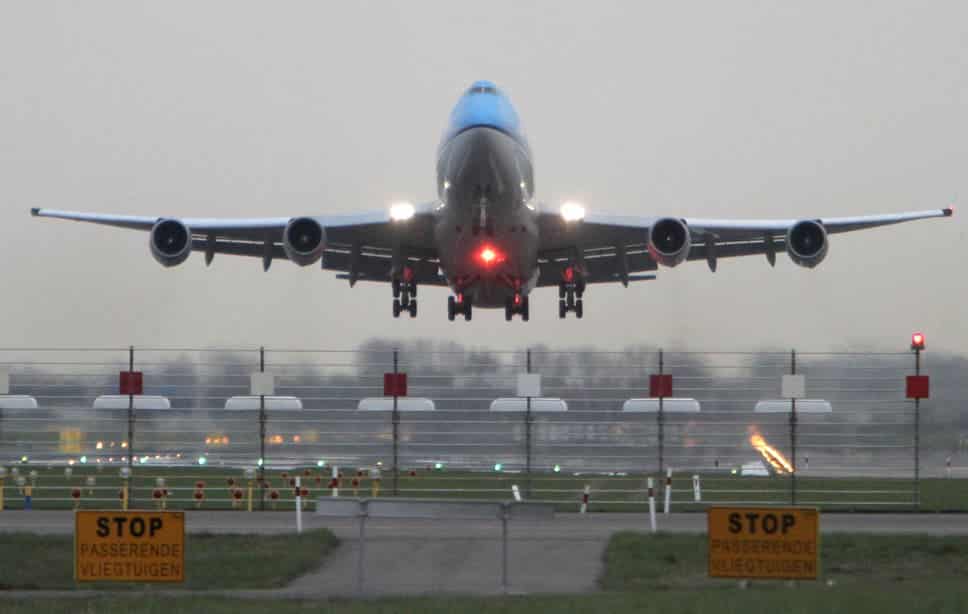 Flights From UK have been banned by 12 countries over COVID-19.

NewsOne Nigeria reports that a growing number of countries on Sunday halted flights from the UK following the discovery of a new variant of Covid-19, which is said by officials to spread faster than others.

Health Secretary Matt Hancock said on Sunday — the same day that the UK broke its daily coronavirus case record, recording 35,928 new cases, that the new coronavirus variant, which prompted the UK government to impose a Tier 4 lockdown in London and southeastern England, and tighten restrictions for all of England over the festive period, is “out of control.”

The ensuing wave of travel bans has cut off UK travelers from much of the continent. It also spurred a decision to to hold an emergency governmental meeting on Monday, chaired by Prime Minister Boris Johnson, a No. 10 spokesperson told CNN. The meeting will focus on the international movement restrictions, and “in particular the steady flow of freight into and out of the UK,” they said. “Further meetings are happening this evening and tomorrow morning to ensure robust plans are in place.”

France on Sunday, announced it would suspend travel to and from the United Kingdom for 48 hours starting at midnight local time, due to the “new health risk,” French Prime Minister Jean Castex said about flights from UK. Both the Port of Dover and Eurotunnel subsequently announced closures.

Like France, the Republic of Ireland is banning flights from Britain on Monday and Tuesday. “In the interests of Public Health, people in Britain, regardless of nationality, should not travel to Ireland, by air or by sea,” the Irish government announced in a statement.

Italy will also suspend flights to and from the UK, as well as banning entry to anyone who has been in Britain in the past two weeks, Health Minister Roberto Speranza said on Facebook Sunday.

Similarly, Portugal will allow only Portuguese nationals to arrive on flights from the UK, and they must have a negative Covid-19 test, according to the country’s Interior Minister.

Meanwhile, Belgian Prime Minister Alexander De Croo said that Belgium will block travelers from the UK for 24 hours on Monday as a “precautionary measure,” though the ban could be extended if necessary.” As a precautionary measure, we have decided to stop flights from the UK from midnight for a period of 24 hours, and just as importantly for our country, to do the same for the Eurostar (train) — because that’s actually the main way that people from the UK come into our country,” he said, speaking to CNN affiliate VRT’s Sunday morning news program “De Zevende Dag.”

Also, the Netherlands and Latvia announced longer bans on flights coming from the United Kingdom, lasting until the new year. The Dutch government, which also banned ferry passengers arriving from the UK, said the same virus variant had been detected in the Netherlands. Estonia also announced a suspension of air traffic with the UK until the end of the year.

And the Czech Republic imposed a mandatory 10-day quarantine on anyone arriving from the UK starting Sunday.

Further away, Saudi Arabia is suspending all international flights for travelers — as well as entry through land and sea ports — for one week. Turkey banned flights from the UK, South Africa, the Netherlands and Denmark, according to the country’s state-owned Anadolu Agency. And Israel banned incoming flights from Britain, Denmark and South Africa, and will bar foreign nationals from those countries from entering the country.

Breakdown of 12 countries that banned Flights from UK