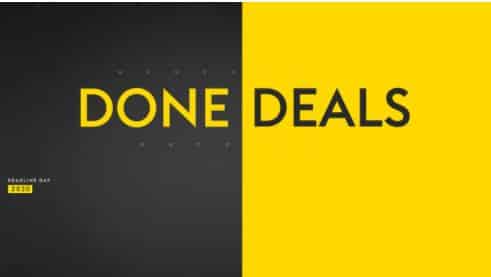 Done deals so far in the January transfer Window 2021.

Keep track of all the latest done deals in England and Scotland, plus key moves from overseas…

Keep up to date with the latest transfers from the Premier League, Championship, League One, League Two, the Scottish Premiership, the Women’s Super League, and key moves across Europe, right here.

Kai Brown and Bailey Clements – Dagenham and Redbridge to Ipswich, end of loan

Rhys Breen – Rangers to Queen of the South, loan