Home World News Another Virus Breaks Out In China, Predicted To Overtake Coronavirus 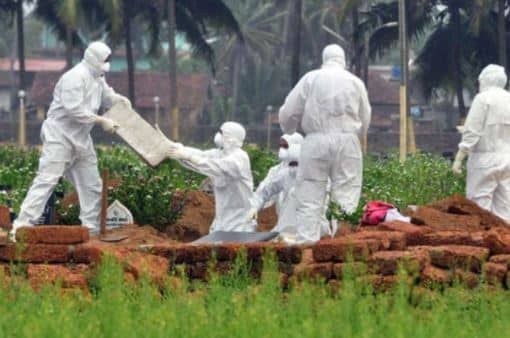 Another virus has broken out in China and is predicted to overtake Coronavirus.

NewsOne Nigeria reports that an outbreak of Nipah virus in China, with a fatality rate of up to 75 percent, could potentially be the next big pandemic risk, according to a report by the Access to Medicine Foundation.

Nipah virus, scientific name Nipah henipavirus, is a bat-borne virus that causes Nipah virus infection in humans and other animals, a disease with a high mortality rate. Numerous disease outbreaks caused by Nipah virus have occurred in South and Southeast Asia.

The British Guardian newspaper has also published a report warning of an outbreak of the Nipah virus in China.

With a mortality rate of 75 percent, the Guardian warned that it has potential to develop into a future global pandemic deadlier than the coronavirus.

“Nipah virus is another emerging infectious disease that causes great concern. Nipah could blow any moment. The next pandemic could be a drug-resistant infection,” The Guardian quoted Jayasree K Iyer, the executive director of the Netherlands-based Access to Medicine Foundation.

An outbreak of the Nipah virus in India’s southern state Kerala in 2018 claimed 17 lives. At the time, countries like Saudi Arabia and the United Arab Emirates temporarily banned frozen and processed fruit and vegetable imports from Kerala as a result of the outbreak there.