The Duke of Duchess has served it hot for the entire British Royals and it appears the doomsday the British royals have always avoided is finally here.

As the world anticipates the nitty-gritty of the full interview Meghan and Harry granted Oprah Winfrey, the very essence of the British royal institution is about to be torn to shreds – and its always going to be a sad experience; for  members of British royal family and their well-wishers all over the world. 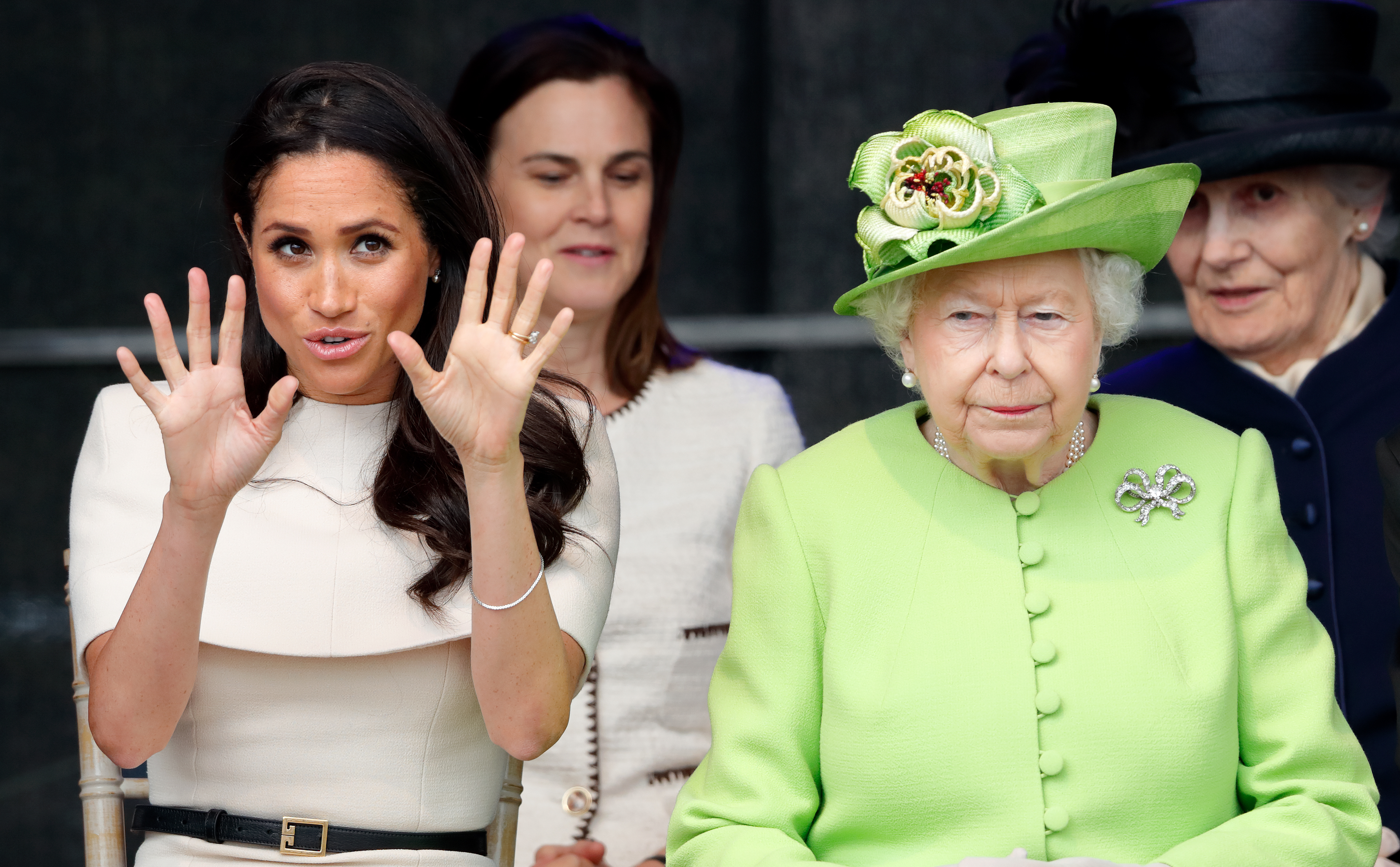 This is always going to happen at some point as many have espoused their fears; but couldn’t place a timing to it or the character that will stir the hornet nest of the royals that are we-loved by many all over the globe.

But it’s going to happen today in the UK.

The character that’s tearing the well-balanced but delicate structure of the British Royal family is Meghan Markle. We all know that removing the veil off this family has not been easy by anyone especially since the ‘cold war’ era that followed Princess Diana’s death.

Many earth-shaking intrigues have shaped the history of the British Royal Family; from the marriage of Prince Charles to Diana, her frustrations at the Kensington Palace to the various snubs from Windsor Castle… her affair With Dodi Al Fayed and finally her mysterious death – tragic. The world had always wanted to know more about the news behind the news about the British Royals…until Meghan speaks.

She said it’s liberating for her to talk; and she said it all.

And what a day to tear the veil off everything that’s been ever concealed from the full glare of the public; Meghan has chosen the International Women’s Day to dish it out to the royal family. Huh!

The startling revelations in this yet-to-be-aired interview (in the UK) has already made its full impact on the Royal Family – Very damaging Tsunami of sorts to the psyche of Queen Elizabeth II, Prince Charles,Prince Phillip ,Kate Middleton and by extension, all members of the royal family.

At one hundred million viewers peak-time, media enthusiasts  have said this will definitely  go down in the annals of Celebrity interview as the most-watched interview in the history of US.  As you read this, an estimated 300 million people have watched snippets on different platforms before the main interview which airs in a couple of hours in the UK.

The interview has been received with wide criticisms and utter shock in the United United States and has polarized the population.  There are serious allegations raised by Meghan and Prince Harry which have now become subjects of social media discussions.

The interview has got so many take outs and take-aways… the color of the skin of the couple son (Prince Archie) who is ‘not a prince’ according to Meghan Markle. There’s Harry’s deep-seated animosity against Prince Charles borne out of his ‘unsupportive attitude’ towards the family…during their trying period.

The whole interview is most shocking to the people of colour in the United States and around the world who believe Meghan isn’t playing the race card because she’s been bullied just because she’s a person of colour.

For White supremacy (agenda) to find its way to the front-burner at Buckingham Palace and House of Windsor at this particular point in time of world history is a serious ‘offense’ for people of colour. It’s disheartening!

Meghan Markle and Prince Harry have finally lifted the precious lid off the very private life of the British Royal family and exposes them to a life-time of shame and ridicule especially when one remembers the racist remarks that came to the fore in the interview. And it’s going to be a big shame if (at the end of the day)  Buckingham Palace fails to investigate this damaging claim.

The British Aristocrats are partly to blame for this and they need to take the flack for failing to handle their affairs very well in the distant and recent past – it’s awful! We all know the royal family seems like a fairytale from the outside and people who marry into it or have dealings with them normally have to open the Pandora box and ultimately get to know what’s in there when they eventually go in. That said, this is going to change everything. The way people perceive the House of Windsor is about to change – for ever.

Now, who is Mehgan Markle the ‘bold and the beautiful?

How dare Meghan Markle? Did she say too much? Will the British Royal family be the same again (methinks NO) after the airing of this interview….?

CityNews Nigeria will see you after the airing of the much-awaited interview.

This is it, innit?