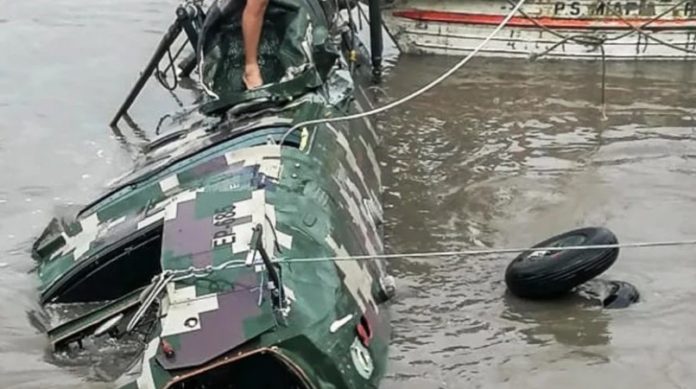 Army helicopter has crashed into a river, killing five soldiers in the process.

NewsOne Nigeria reports that no fewer than five Peruvian servicemen have lost their lives in a helicopter crash in the country’s Department of Cusco.

This online news platform understands that that the Army helicopter crash which killed five soldiers was confirmed in a statement released on the micro-blogging site, Twitter by the Joint Command of the Armed Forces of Peru (CCFFAA).

In the statement, CCFFAA said the accident which occurred on Saturday morning, while the helicopter, carrying a total of 12 servicemen, was performing a reconnaissance operation against illicit drug trafficking.

CCFFAA said another two servicemen are being searched for, while five others have been rescued.

The accident occurred as a result of a mechanical failure, which caused the helicopter to crash into the Vilcanota River, CCFFAA said.