Nigerian singer has died hours after posting this message online.

This online news platform understands that the Nigerian singer and rapper died after suffering an asthmatic attack.

It was learned that the Nigerian singer was said to have died moments after posting, “Had too much potential. Good night world“, on his WhatsApp status.

Zumzy, a 300 level student of Political Science at the Veritas University in Abuja, Nigeria’s capital was rushed to Wuse General Hospital on Tuesday, May 4th, after the attack but didn’t survive it.

There are also screenshots of messages purported to be from him to his girlfriend. In the alleged chat, Zumzy declared his love for her and asking her to forgive him if he’s ever worried her. 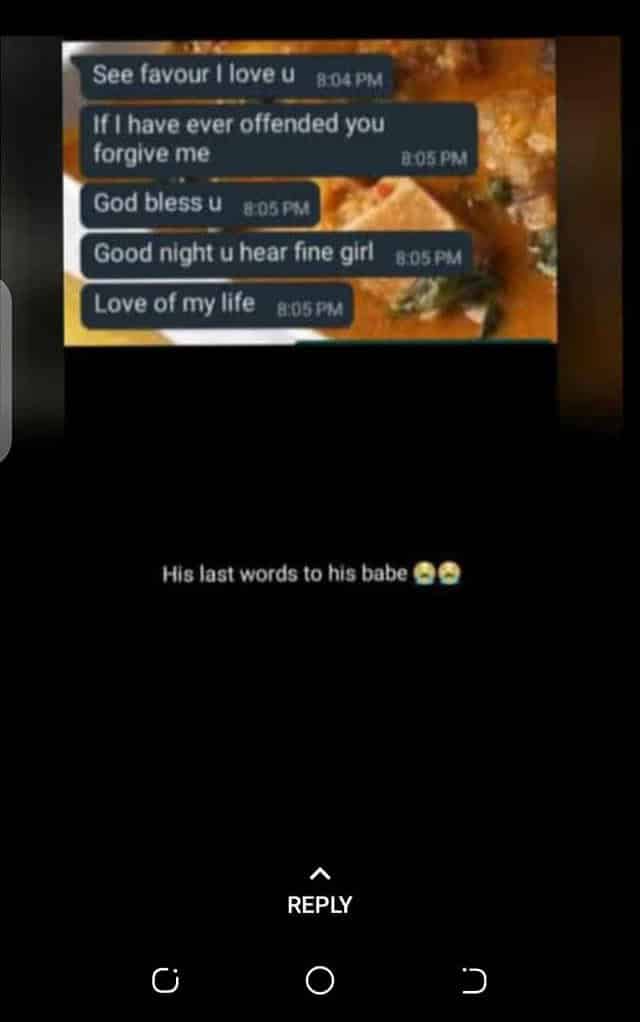 Family and friends of the Nigerian singer and rapper have since taken to social media to mourn his demise.

A friend of late Zumzy, @Chizobam Anaele wrote: “Rest in peace Zumzy brown. He said, he had 2 much potential. And he said Good night world, He also texted his girlfriend he said good night love of my life, Favour take heart. Veritas university of Abuja students’ will never forget you. Sleep well . Our singer” 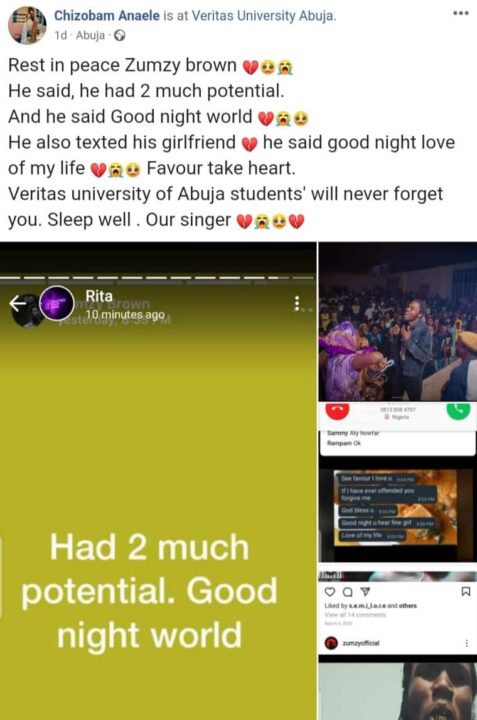