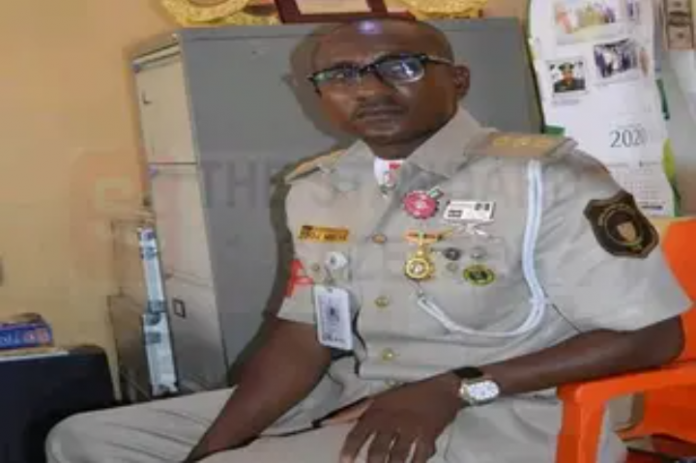 Immigration boss has been shot dead in Imo state.

This online news platform gathered that the Immigration boss was killed on Saturday night on Owerri- Port Harcourt Road in Owerri, while remains were discovered in a bush on Sunday morning.

The Immigration boss, Newsone Nigeria learned, was riding an Immigration Hilux van when he was attacked by the gunmen and shot at close range.

A further report disclosed that the assailant did not take any value from the van and his service pistol was found on him when his body was discovered the next day.

The Immigration Hilux van when discovered was riddled with bullets.

The spokesman of the state police command, Winifred Oguh, said the command is yet to get full details and is still investigating the incident.

She said, “Yes I can confirm to you that we lost one of our officers, Deputy Superintendent of Immigration (DSI) Okiemute Mrere.”

“We are yet to get full details of the incident as investigations are still ongoing.

Meanwhile, Newsone reports that the death of the immigration boss is coming a few hours after a former presidential aide, Ahmed Gulak, was killed by gunmen on his way to Sam Mbakwe Cargo Airport to catch a flight to Abuja.