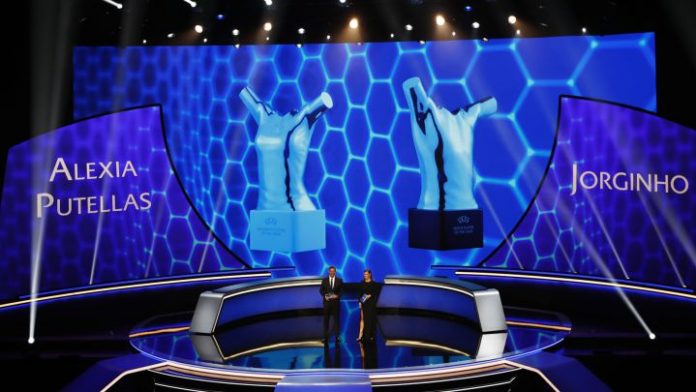 Newsone reports that UEFA Awards 2021 held on Thursday, August 2021 where prizes were given out to the best performers of the past year.

This online news platform understands that UEFA Awards 2021 saw Chelsea’s Jorginho taking the prize for the men’s player of the year, for his performances in winning the Champions League with Chelsea and Euro 2020 with Italy.

The women’s awards for the past year were also given out, with the most illustrious honour going to Alexia Putellas.

Men’s Player of the Year: Jorginho (Chelsea and Italy)

Women’s Player of the Year: Alexia Putellas (Barcelona and Spain)