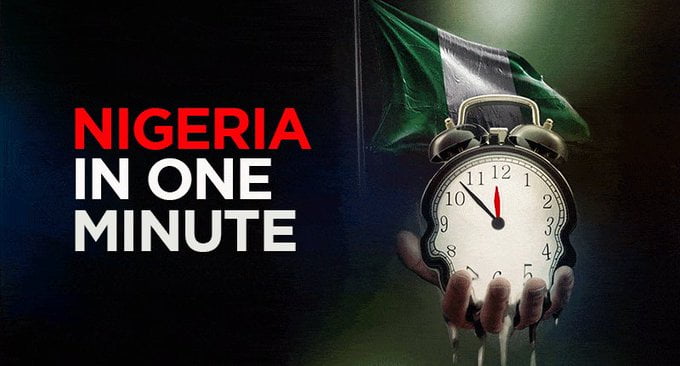 1. The Independent National Electoral Commission (INEC) has agreed to deploy additional machines and ad hoc staff following a request by the House of Representatives to extend the deadline for voters’ registration.

2. President Muhammadu Buhari will on Wednesday depart Nigeria for Kigali, Rwanda, to attend the 26th Commonwealth Heads of Government Meeting (CHOGM), being held from June 20 to 26, 2022. This was disclosed by Femi Adesina, Special Adviser to the President on Media and Publicity, on Wednesday.

3. Oil marketers have urged the Federal Government to put an end to the monopolistic privilege enjoyed by the Nigerian National Petroleum Corporation, NNPC. NNPC currently enjoys a monopoly on importation and supply of petroleum products into the country. But oil marketers said the market situation was creating more problems for the country.

5. Armed robbers yesterday, attacked Estate Gardens, along Airport Road in Abuja and dispossessed fun seekers of their money and valuables. A resident, Ezenwa Alfred, said the robbers, who were six in number, invaded the garden beside the headquarters of the Nigeria Union of Teachers (NUT), around 8pm on Monday and shot sporadically before robbing people.

6. Twenty-two more Senators of the governing All Progressives Congress (APC) are planning to defect to the Peoples Democratic Party (PDP), a former Minister of Aviation and chieftain of the APC, Femi Fani-Kayode has said. He stated that the planned defection is because the Senators were denied the party’s ticket to contest the 2023 elections.

7. Governor Samuel Ortom of Benue State, on Wednesday, said it had become difficult to pay salaries of Benue workers. Ortom while answering questions from journalists in Makurdi, the State capital, on Wednesday, gave three reasons for the development.

8. The National Chairman of the All Progressives Congress (APC), Abdullahi Adamu, has expressed worry over the gale of defections in the party. Seven senators dumped APC for other opposition parties after they failed to secure the governing party’s ticket to contest the 2023 elections.

9. Peter Obi, Presidential candidate of the Labour Party, on Wednesday, paid a visit to Governor Nyesom Wike of Rivers State at his private residence in Port Harcourt. On arrival, Obi was taken inside where he had a meeting with the governor behind closed-doors.

10. The All Progressives Congress, APC, presidential candidate, Bola Tinubu, has hinted on an ongoing consultation with President Muhammadu Buhari, party governors, the party’s leadership and his running mate, Kabiru Masari. He said Masari may step down in the interest of the party winning the 2023 presidential election.