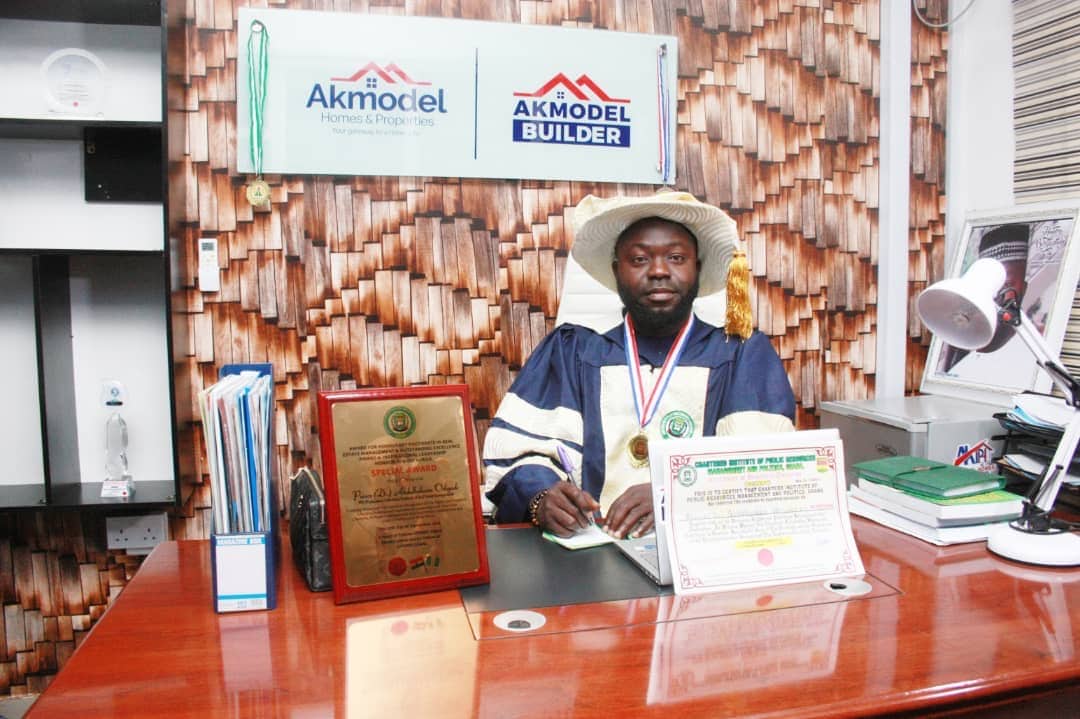 Akmodel Groups MD has been honoured with a prestigious Doctorate Honorary Award.

There is a saying that goes thus: “Give honour to whom honour is due.”

This aptly describes what happened when Builder Abdulhakeem Odegade, the Managing Director/Chief Executive Officer of AKMODEL GROUPS played host to delegates from The Chartered Institute Of Public Resources Management and Politics, Ghana who paid him a courtesy visit today, Tuesday 27th in his office at Ibeju-Lekki, Lagos.

The main point for the visit was to bestow on him a prestigious award based on his antecedents in the real estate industry.

Bldr. Abdulhakeem Odegade was bestowed with a *Doctorate Honorary Award As A Most Distinguished Fellow Of The 2021/2022 Hall Of Fame.*

Dr. Richards Kpoku-Aquarte who spoke on behalf of the team said they have been following Bldr. Odegade’s success story and his progress since he came into the industry based on productivity, performance, and delivery of quality services and they were impressed with his modest but commendable achievements.

Builder Odegade, a top-notch in the real estate industry who himself is the proverbial *Golden Fish That Has No Hiding Place*, is not new to receiving awards. He welcomed the August visitors wholeheartedly while humbly receiving the award.

He said he is quite happy and elated to receive the award not knowing that he is being watched, he reiterated the fact that once someone is recognised and appreciated for whatever input they are doing in society, it becomes a wake-up call to do more and not to rest on one’s oars.

AKMODEL Groups are into Sale of Properties, Building and Construction, and Agriculture. 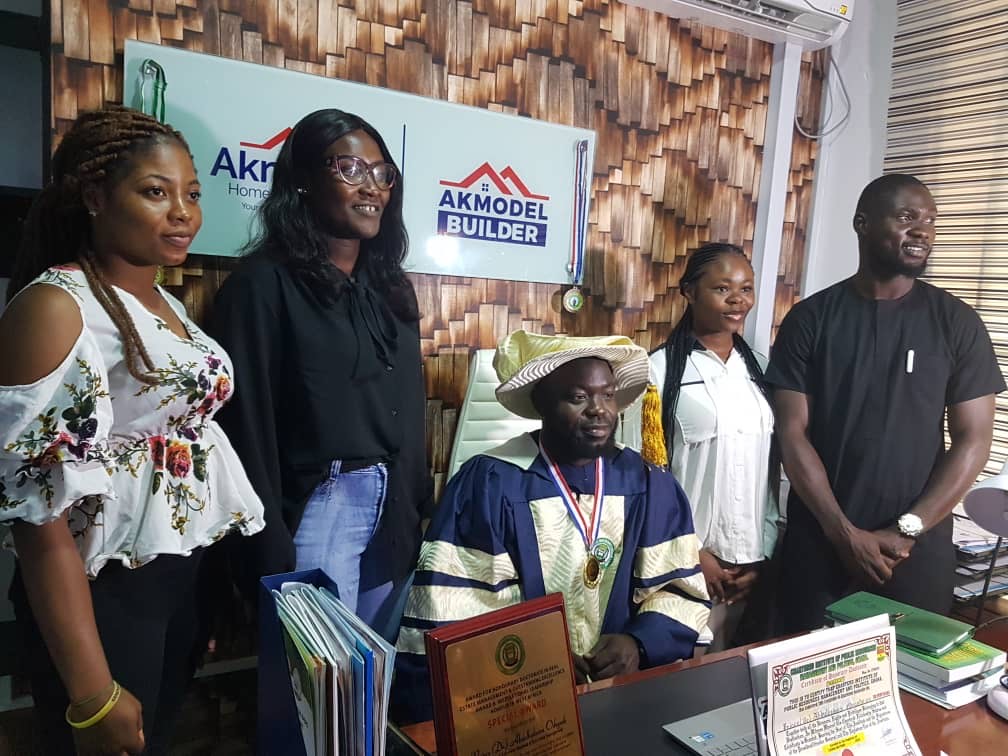 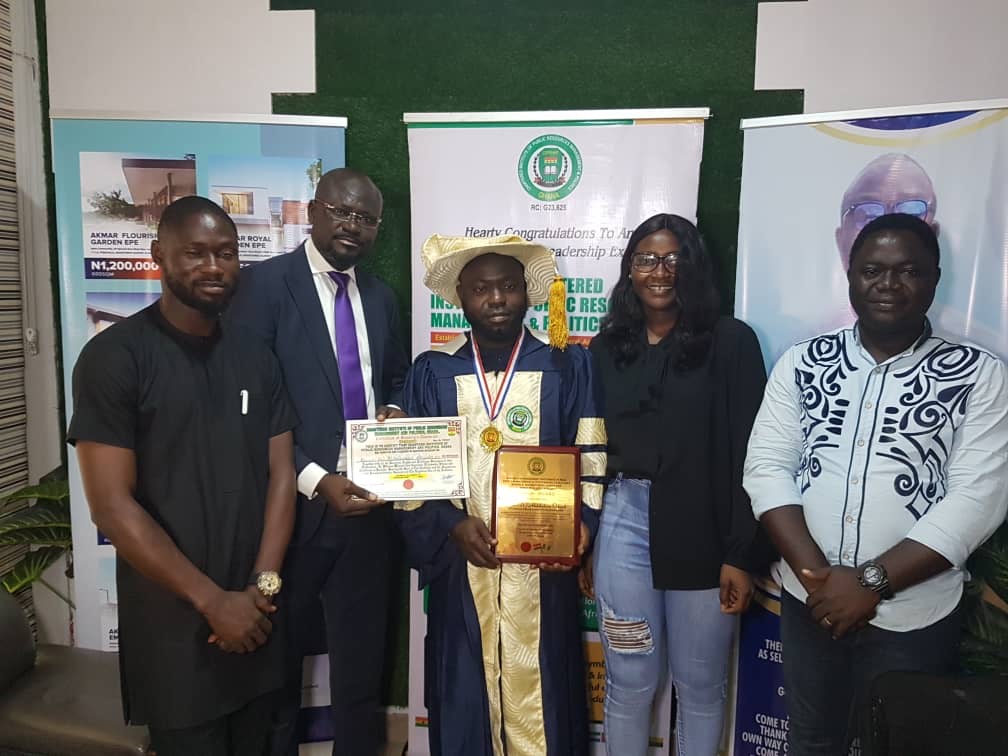 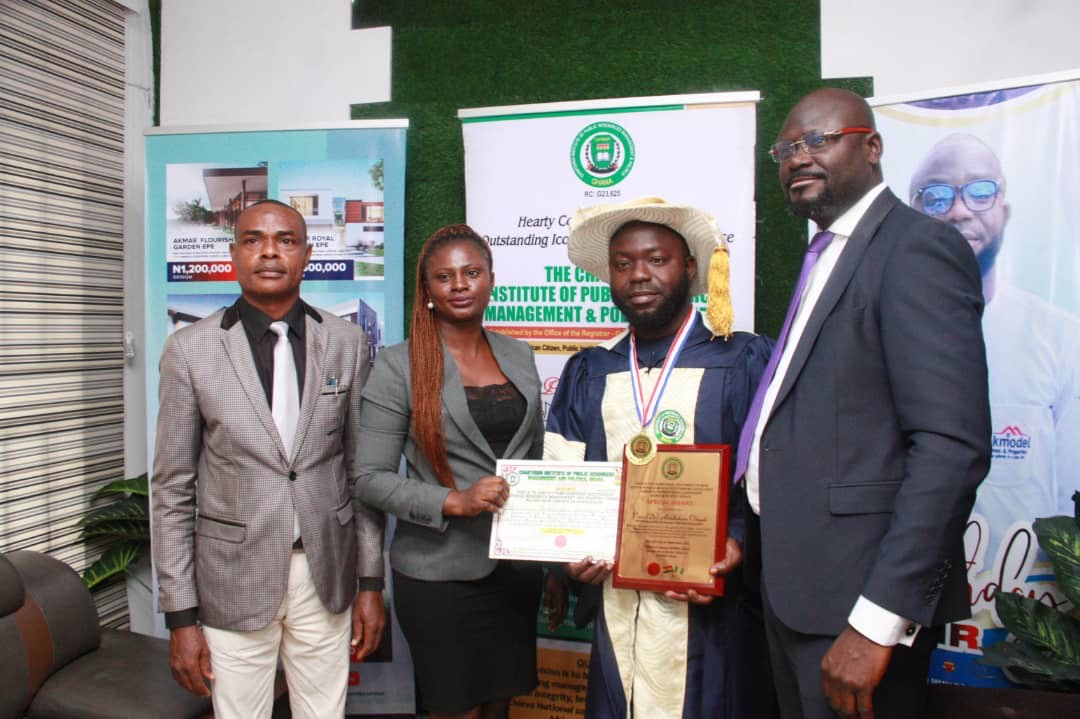