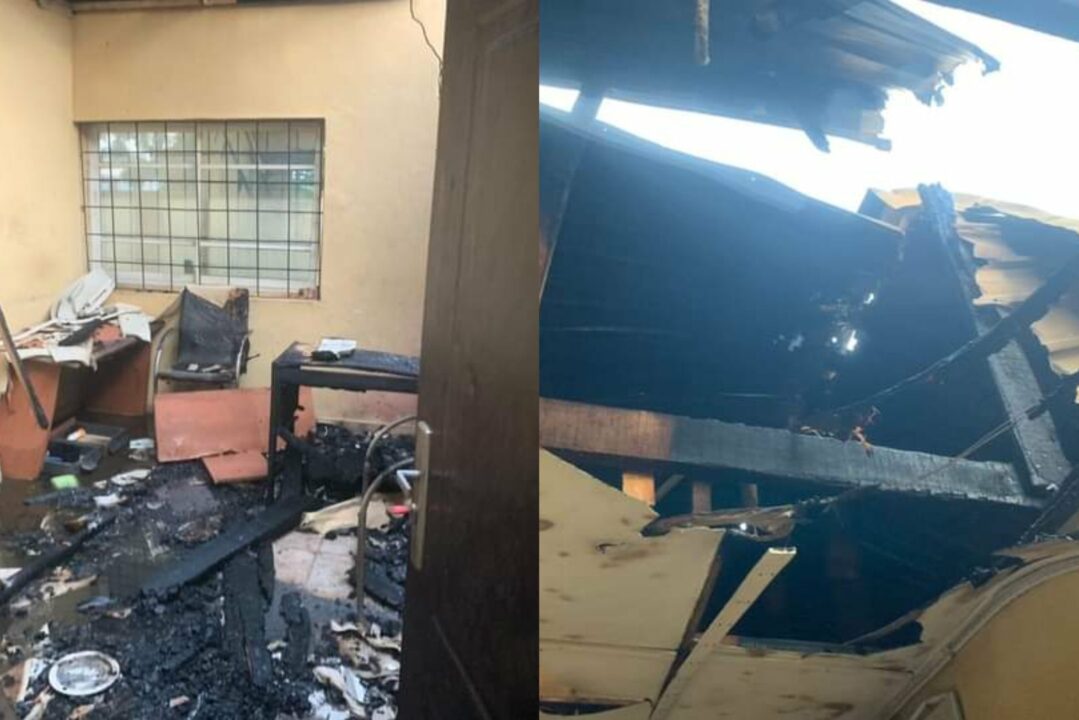 This online news platform understands that the attack on the Ogun INEC Office was carried out by the hoodlums, numbering about eight, who had scaled the perimeter fence, jumped into the premises and set the INEC building on fire from the back.

Newsone Nigeria gathered that the hoodlums soaked loaves of bread with petrol and threw same into the building at different angles to light up the Ogun INEC office. 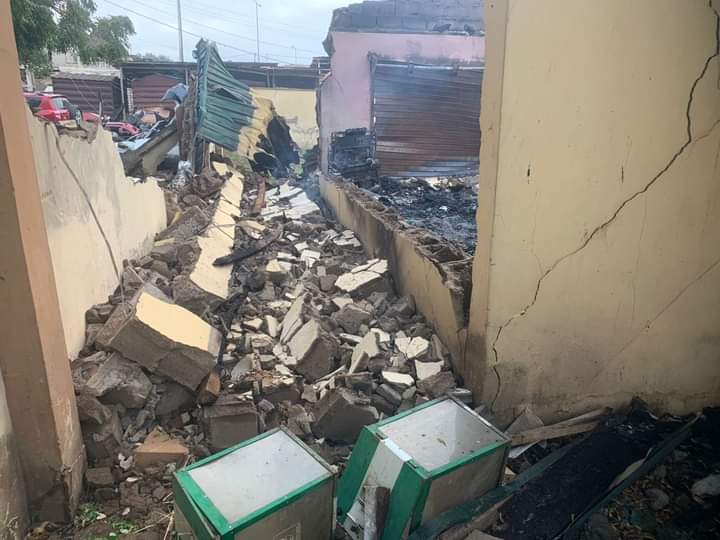 Our correspondent learnt that the security guard at the facility, Azeez Hamzat, made a distress call to the police around 1 a.m., saying the facility was on fire.

The police from Ibara division were said to have mobilized detectives to the scene, while contacting fire fighters, who raced to the scene to put out the fire.

It was gathered that the store, the Registration Area Officer’s office and the conference room were affected by the inferno. 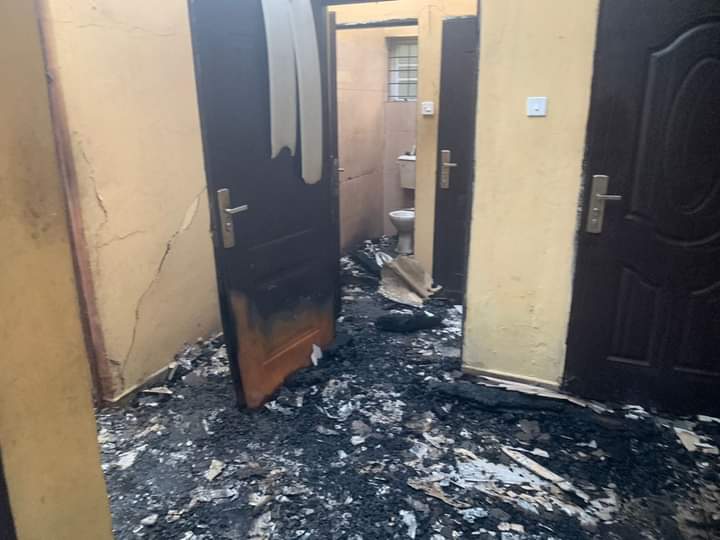 Commenting on the incident, the Ogun INEC Resident Electoral Commissioner, Niyi Ijalaye, has confirmed the Ogun INEC Office fire, describing it as shocking.

“It is correct that our office was set on fire. The police are investigating. I do not know what to say. I’m in shock myself. We called the police and other security agencies at night. The fire brigade put the situation under control. The level of damage is still being assessed.

“It is very shocking and untoward. The security agencies are doing their very best. We are meeting again later today to come up with other strategies (toward securing our facilities),” Ijalaye said.

Meanwhile, the Ogun State Police Public Relations Officer, Abimbola Oyeyemi, could not be reached for comments as of the time of filing this report.

Below are the Ogun INEC Office fire photos 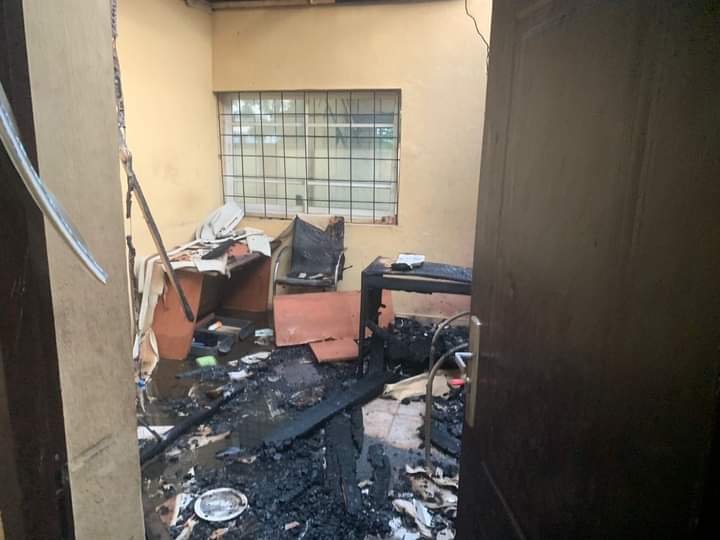 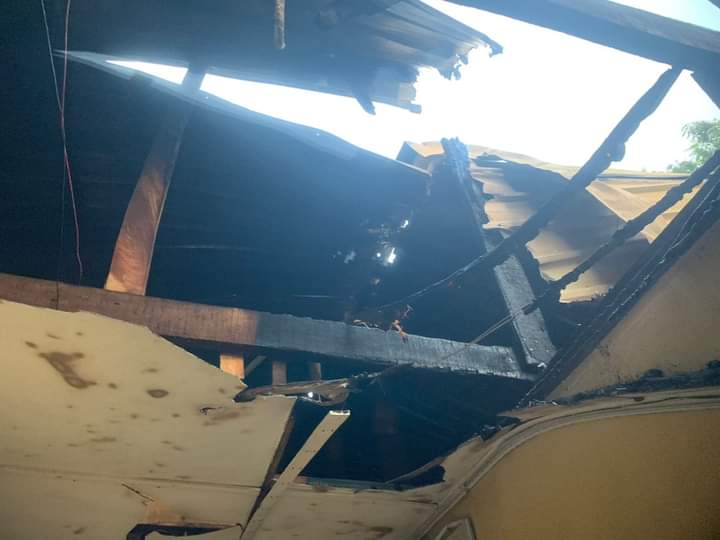 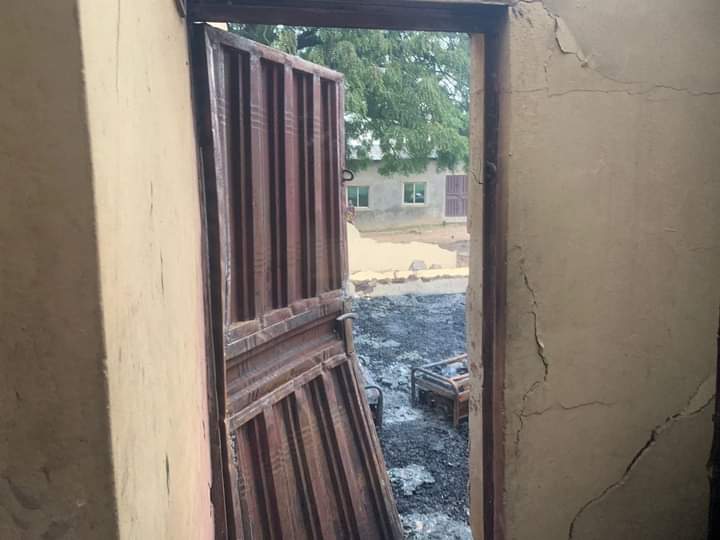 #USMidtermElections: Us Election Results 2022 Of Senate And House Races