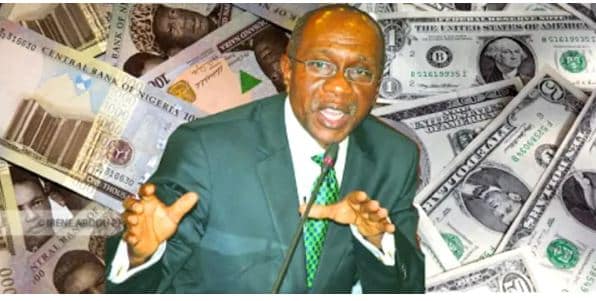 Naira has gained massively in the black market this morning.

This online news platform understands that the massive gain of the Naira in the black market on Monday, is coming a few days after the Central Bank of Nigeria (CBN) accused abokiFX of being responsible for the sliding of naira against dollar at the parallel market (black market).

Newsone reports that AbokiFX is a web platform that reports movements in the foreign exchange market since as early as 2014.

On Friday as report by Newsone Nigeria, Naira was quoted at 570 to the dollar at the parallel market (black market) on the platform, though the CBN had described it as an illegitimate market.

Newsone reports that the suspension was disclosed in a social media statement by AbokiFX on Friday evening, adding that it “sincerely hopes the suspension will lead to the Naira appreciation from Next week.”

However, barely 72 hours after the clash between the CBN governor and AbokiFX, the Naira gained N20 today against the dollar selling at N550 per dollar from the N570 per dollar last Friday.

Some of the Bureau De Change (BDC) operators who spoke with Newsone Nigeria on Monday morning when the Naira opened at N550 to the US dollar, had several reasons for the drop in dollar and gain in Naira.

“This morning, we are selling at N550 for now”, a BDC operator told our correspondent, adding that: “Before the day runs out, it might be higher or lower than this”.

Another BDC operator who also confirmed the dollar to naira exchange rate today to have opened at N550 per dollar said: “There is uncertainty in the air now because of this AbokiFX and CBN issue so many people are selling with fear that it might go back to the CBN official rate in the black market”.

“When we tell customers the amount we intend to buy, they always check AbokiFx but now they can’t confirm again, this has really affected the dollar rate this morning”, another BDC operator told Newsone Nigeria on Monday morning.