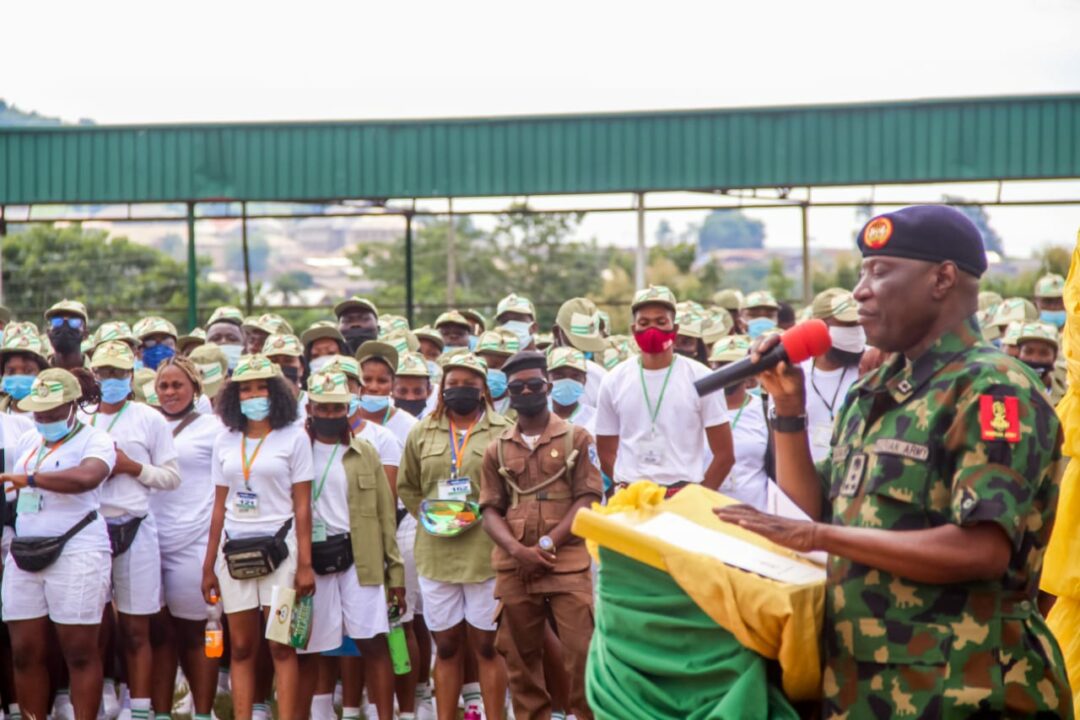 News One reports that Nigeria’s President, Muhammadu Buhari, has approved the immediate removal of Brigadier General Mohammed Fadah as the Director-General of the National Youth Service Corps (NYSC), barely six months in office.

This online news platform understands Mohammed Fadah, who was appointed Director-General of NYSC in May 2022, and took over from Major General Shuaibu Ibrahim as the 19th person to hold the position.

Eddy Megwa, NYSC Director of Press and Public Relations, who confirmed the development late Thursday night, November 17, 2022, could not disclose the reason for the sack. However, reports suggest that President Buhari ordered the removal of the NYSC DG due to his incompetence.

Among his plans for the NYSC at the time of his appointment included “improvement of security and welfare of corps members; enhancement of staff welfare; and improving the gains of NYSC ventures”.

Other areas listed in his plans for the corps are “sustaining the digitisation of the operations of the scheme, and deepening NYSC’s impact on rural development through community development service”.

Meanwhile, News One Nigeria understands that the sacked NYSC DG Mohammed Fadah is said to have been asked to hand over to the most senior official within the NYSC. The senior official who takes over from Fadah is expected to act as DG of the corps pending the announcement of a new appointment.