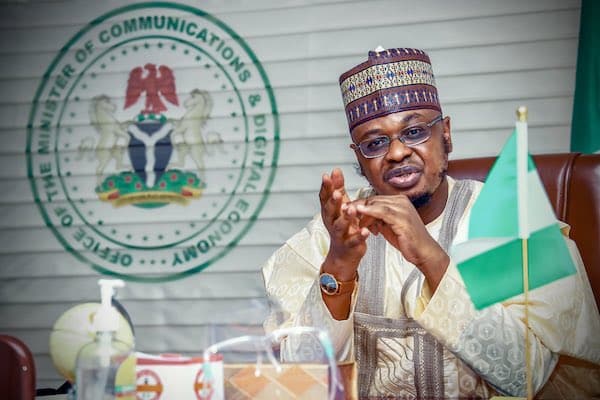 This online news platform cannot not state if the conclusion of the Muslim leaders was responsible for the helicopter crash that killed Mr Yakowa, and the minister did not immediately return a request seeking comments from Peoples Gazette on Wednesday night.

Before his death, Yakowa was the first Christian governor of Kaduna, which is divided between Muslim and Christians, although with a mostly Muslim population.

Buhari Minister Pantami chaired the July 13, 2010, meeting of Jama’atu Nasril Islam (JNI), a foremost Isla mic body led by Sultan of Sokoto Sa’ad Abubakar, where it was agreed that Mr Yakowa and his family must be eliminated because he was a Christian leader leading a state in the Muslim-dominated North.

“We must either use the security or other means to eliminate the governor, his family and all those they perceive as supporting him,” Pantami and other leaders said in their communique adopted at the meeting held at Bauchi Central Mosque.

The meeting complained that former governor Yakowa was making moves to contest for governor in 2011 and he had the support of former President Goodluck Jonathan, a fellow Christian.

Yakowa became governor in 2010 when Jonathan, the then President, tapped Namadi Sambo, then Kaduna governor, as his vice-president.

Late Yakowa contested in 2011 and won a substantive four-year term. He was killed in a helicopter crash barely a year later in 2012, alongside former national security adviser Owoye Andrew Azazi. The event had long been suspected to be more than just an accident, and investigation into what happened was never concluded or made public.

It was gathered that Buhari Minister Pantami did not immediately return a request seeking comments about the 2010 meeting.

Document about the meeting surfaced as Buhari Minister Pantami came under pressure to step down from office after The Gazette uncovered details of his past inflammatory statements. The minister said he was always happy about the massacre of unbelievers.

Buhari Minister Pantami also said Osama Bin Laden was a better Muslim than himself and wished Al Qaeda and the Taliban success in their terrorism.

Download the full document of the meeting chaired by Buhari Minister Pantami: Minute of joint meeting.