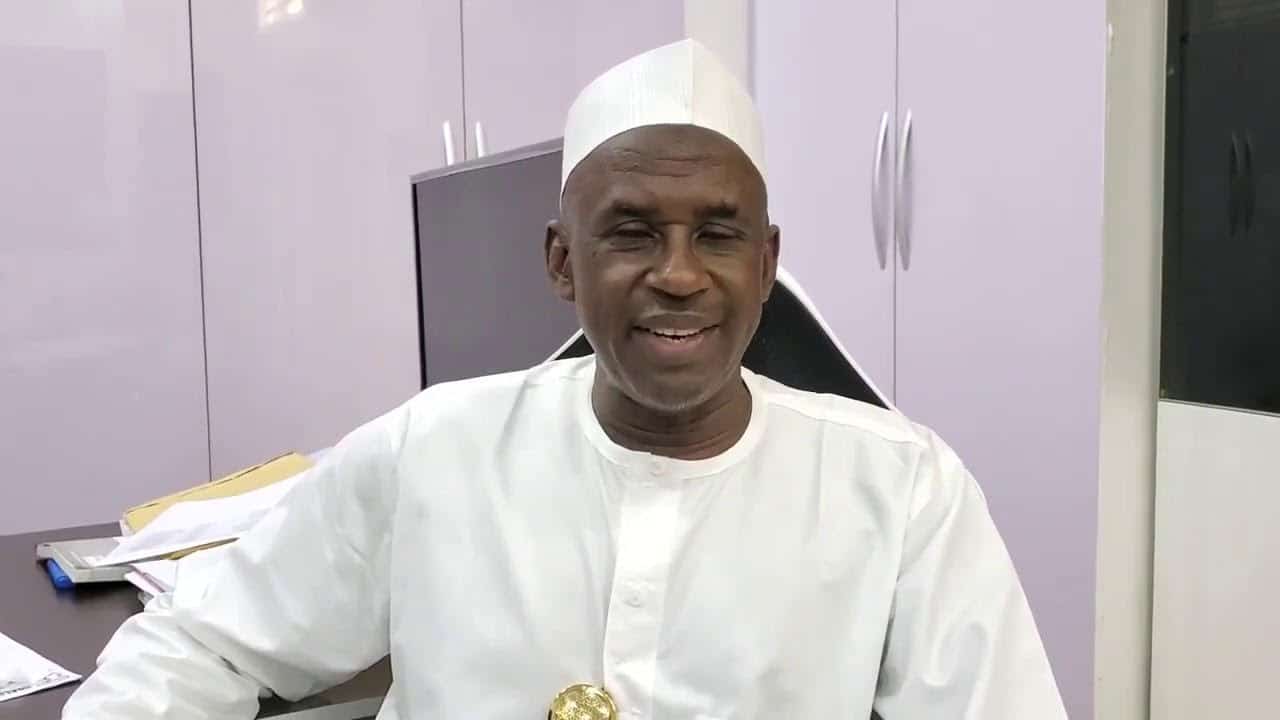 Nigerian businessman, medical practitioner, and activist, Mahdi Shehu has narrated an event that happened 27 years ago and was significant to the turn of many other events in the country.

Shehu revealed the staggering event when he answered questions on why the DSS arrested Tukur Mamu, the man who operates as an intermediary between the families of the abducted Kaduna train attack and bandits.
He accused security agencies of being jealous when there are individuals who have classified information.
In his narration, Mahdi cited an event in 1995, where he was offered money to place a bomb parcel in the bookshop of Durbar Hotel, Kaduna, by a named American Political Officer.
The Officer, according to Mahdi, is named Russell Hanks, and he offered him N1 million at the time to bomb the hotel.
“Let me tell you my experience 27 years ago. Between the 7th and 9th of June, 1995, 27 years ago in Kaduna, when the bashing of Nigeria’s image was at its own highest peak. A then Governor, Lt. Col Lawal Jafaru Isa, he’s alive now, and he can confirm what I’m going to tell you now, put up a seminar between Kaduna State government, New Nigerian newspapers, and NTA. The seminar was titled “Not in Our Character,” Mahdi narrated.
“All federal government officials were there, state governments, security agencies, Matthew Hassan Kukah delivered a paper there. I also spoke on the floor. The import of the seminar was to deconstruct the image being painted of Nigeria that is so bad. But what is the news there? The news is that after the seminar… after my contribution, a tall, lanky, blue-eyed, blonde-haired American man approached me outside the hall at Hassan Chiroma Katsina House, venue of the seminar. He just handed over his card to me and left. What was the name on it? Russell J. Hanks, American Embassy, Political Officer. That was on the 9th of June, 1995.
“Not until the 11th of August I received a call on my landline, and on the caller ID, I saw the number. It was Russell’s number. He said, ‘Mahdi, I’m just calling as a follow-up to our meeting the last time and say hello to you. Bye-bye,’ he dropped (the call). Again, on September 9th, he called me again for the same courtesy call, then 11th of December, he called me and said that ‘Mahdi, I’ll be coming to Kaduna. Will you have a cup of tea with me?’ I said fine. He came in, he called, and I met him at Hamdala Hotel. We had a cup of tea. I think he was trying to size me up because he was busy asking me about the performance of Abacha’s government, and I was playing safe, but then came the big bang.
On 21st December of the same year (1995), he came into Kaduna, and he called me. He said, ‘Mahdi, I have a business for you. And it’s very important. Meet me at Hamdala Hotel, on the last floor at Hamdala Hotel wing, which I did. On arrival, Russel Hanks told me, ‘Mahdi, we are worried. The American government is doing a bomb campaign against Abacha. We don’t want him. We are promoting a regime change. This parcel (holds out a phone in the description) is what I want you to do. See Durbar Hotel, just away there – 600 metres. Go into the bookshop and drop this parcel- small parcel. This is N500,000 for you and another N500,000 waiting for you. Once you drop the parcel, please come back to collect the second N500,000.”
“I said, ‘Russel, you have miscalculated. When I addressed Adamu Ciroma as the Minister for Agriculture in that seminar, you’re referring to, when I addressed (Abubakar) Rimi as the Communications Minister when I addressed Ismaila Isa Funtua as the Chairman of Newspapers Proprietors Association of Nigeria, I did that as a citizen, not because I don’t like my country. I dressed him down. I abused him. ‘He said Mahdi Mahdi; now I know you’re a good citizen. I’m just trying to test you.  You are nationalistic. We look forward to working with you to stabilise Nigeria, and that was another fault. I held him because I saw desperation in him. He wanted me to leave, but I refused to leave. Then I heard a knock on the door (gwamp-gwamp).”

Mahdi narrated that he refused Hanks’ offer to bomb Durbar Hotel, but when he was about to leave, he saw late journalist Bagauda Kaltho at the entrance of Hanks’ room.
“We went to the door together, and he wanted to see me off. At the door was Bagauda Kaltho, the journalist that was said to have been killed by Abacha. Bagauda was right at the door there. I think he gave him an hour before me, but I keyed into Bagauda’s hour. Bagauda went into the room, and I left. What happened? Not long after that, two hours later, bomb! Where? Durbar Hotel. Where? At the bookshop. When that happened, Lawal Jafaru Isa can confirm this. I drove straight to the government house to see the Governor. For what reason? Urgent security reason. I was ushered into Lawal Jafaru Isa’s office, and I told him what happened. The following day, I was brought to Abuja. I was able to see Abacha in his residence, and I narrated to him.”
“Before they could say, Jack Robinson, four days later, Russel Hank flew out of Nigeria. Ten days later, security operatives came to Kaduna to interview me. When I gave them the narrative, one of them took to the side and said, ‘Mahdi, keep off. We are very jealous. Security agencies are very jealous institutions. You have done your own. Don’t ever give any public comments on it. Don’t give interviews, don’t give anything because if you begin to talk, our failure would have been seen very clearly.’
“From this following information, I called Mamu three times, and I said, ‘Mamu, security agents are more jealous than a woman whose husband is about to take a second wife. Keep off from them. They’ll injure you,’
Mahdi said Mamu didn’t listen to his advice for him to stop being an intermediary. He described security agencies as being jealous and parasitic and said he wasn’t surprised Mamu was arrested as he saw it coming and expected it a long time ago.
My Take: This exclusive interview granted by Mahdi to Arise News must not be taken lightly. Nigerian and American governments must speak about what they know or otherwise. Mahdi is still alive and could very well be the link to the many unsolved riddles like the disappearance of the famous Nigerian Journalist, Bagauda Kaltho, whom many had linked to the Abacha regime, and the series of events related to the former Nigerian military ruler.
The media must ensure these shocking revelations aren’t swept under the carpet. Mahdi must also be protected by all means as the world unravels the many questions here.
Facebook Comments
Related Topics:activistAmerican OfficerBombbusinessmandssHotelKadunaMahdi Shehumedical practitionerNigerian businessmanSulaiman AledehTukur Mamu
Up Next