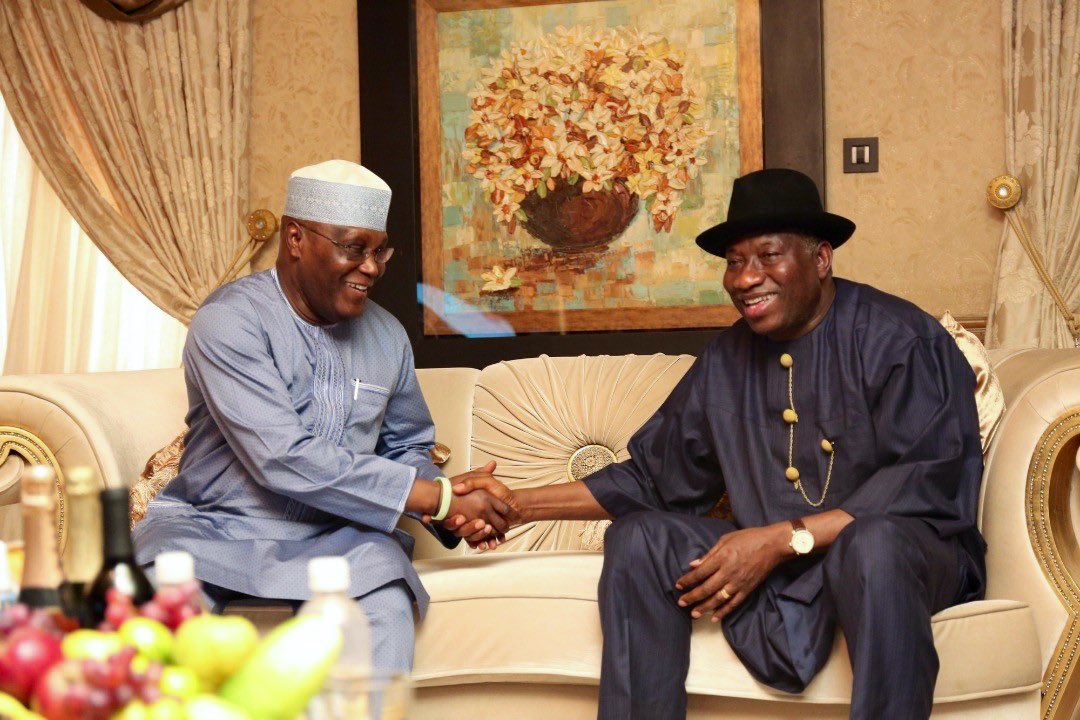 Jonathan has spoken about sponsoring aggrieved PDP Governors against Atiku.

Newsone reports that a former President of Nigeria, Goodluck Jonathan, has insisted that the five Peoples Democratic Party (PDP) governors involved in the party’s crisis are not working for his cause.

This online news platform understands that Former President Jonathan made this known in a statement signed by his special adviser, Ikechukwu Eze on Friday, November 11, 2022.

They are all demanding the resignation of Iyorchia Ayu as PDP national chairman, who has insisted he will complete his tenure.

Newsone Nigeria reports that there had been recent reports which claimed that the five governors were fighting Jonathan’s cause.

“Those who insinuate that Dr. Jonathan is not happy with the PDP’s Presidential candidate, Alhaji Atiku Abubakar, because of whatever roles he played ahead of the 2015 elections forget that the former President actively campaigned for Atiku in 2019, attending the flag-off of his campaigns in Sokoto and subsequently participating in the campaigns in some states like Rivers and Bayelsa,” the statement read in part.

The statement added that Jonathan wishes “the PDP is able to resolve its internal crisis, unite all members, and have a good showing in the forthcoming 2023 elections.”