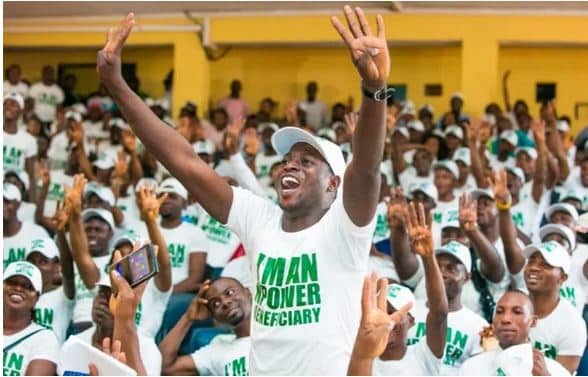 NASIMS has given a fresh update on failed NPower January Stipend Payment.

Newsone reports that the Federal Government of Nigeria through the National Social Investment Management System (NASIMS), has given an update on failed NPower January Stipend Payment, saying that batch C1 NPower beneficiaries who experience failed Npower January payments on their Nasims payroll dashboard should not panic that they will be paid.

This online news platform understands that the update on failed NPower January Stipend Payment is coming weeks after NASIMS announced the commencement of Npower January stipend payment to Npower beneficiaries.

Newsone Nigeria reports that Nasims made the payment known in a post on its page on the social media network, Facebook on Wednesday, April 13, 2022, titled: “ATTENTION: N’Power Batch C1: CREDITING OF ACCOUNTS FOR JANUARY PAYMENT COMMENCES TODAY 13 APRIL, 2022.”

“This is a confirmation update for the commencement of January 2022 payment for graduate beneficiaries that moved to PROCESSING STAGE yesterday 12 April, 2022.

“The above payment is expected to commence today. However, we assure all backlog payments initiated same day for non-graduate beneficiaries shall follow suit soon.

“Be patient and wait for your payment. Thank you!”

However, weeks after some Npower beneficiaries have failed to get their NPower January Stipend Payment, NASIMS has issued another statement assuring them that they will be paid.

In a post on its Facebook page titled “FAILED JANUARY PAYMENTS TO BE REINITIATED“, NSAIMS wrote: “While January payments are still in progress, we discovered some payment was unsuccessful, this was as a result of long period of PAYMENT PROCESSING thereby Payment unable to drop in some accounts. No cause for Alarm yet, all failed January payments will be reinitiated. Sorry for the inconvenience caused!

“So if you are a Npower batch C stream 1 beneficiary with failed January Stipend payment, you do not have to worry. Npower team is working to make sure that you get paid.”