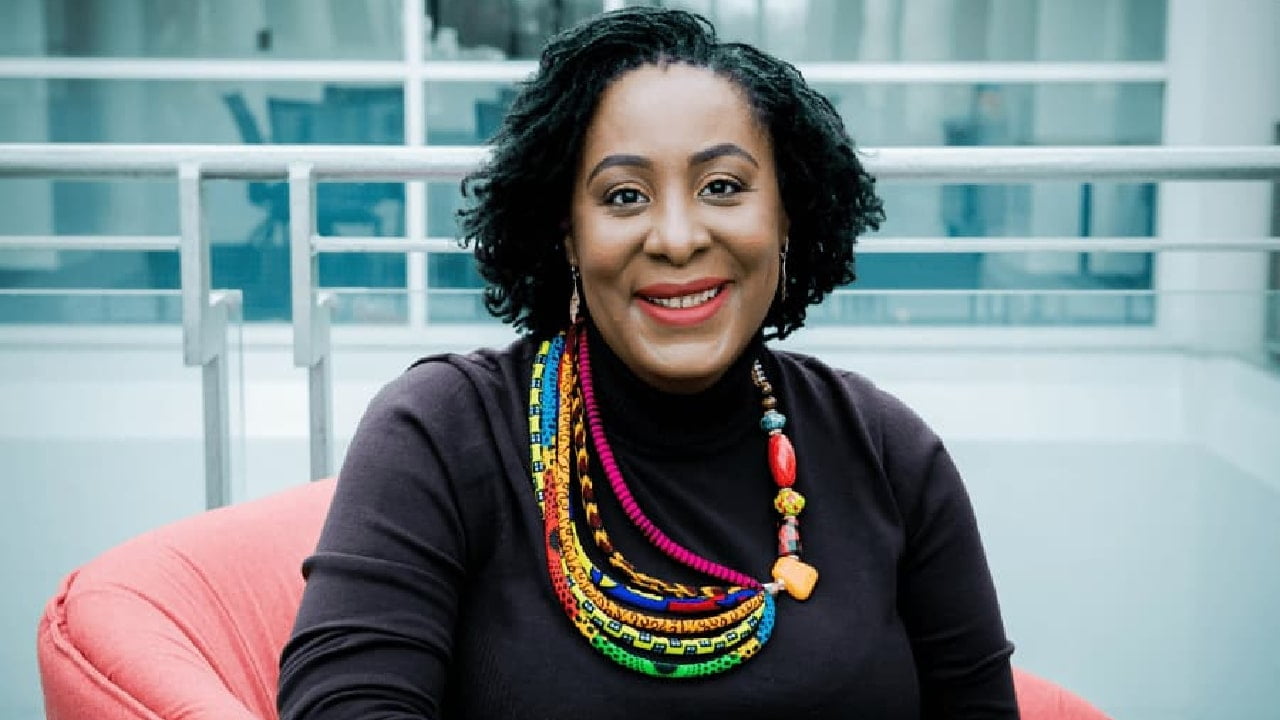 Newsone reports that Nigerian-born Professor Uju Anya who works with Carnegie Mellon University in the United States came into the limelight on Thursday after her tweet on Queen Elizabeth II, who died on Thursday.

This online news platform understands that the Nigerian-born academic had accused the late monarch of sponsoring the “genocide” that led to her family being displaced.

“I heard the chief monarch of a thieving raping genocidal empire is finally dying. May her pain be excruciating,” the now-deleted tweets read in part.

Displeased with the “hate tweet”, Carnegie Mellon University in the United States, where Nigerian-born Professor Uju Anya works, distanced itself from her recent tweet on the death of Queen Elizabeth II.

Newsone Naija reports that the US University in a post on its Twitter handle on Thursday, September 9, 2022, described Anya’s tweet as “offensive” and distanced itself from it.

The tweet read, “We do not condone the offensive and objectionable messages posted by Uju Anya today on her personal social media account. Freedom of expression is core to the mission of higher education.

“However, the views she shared absolutely do not represent the values of the institution, nor the standards of discourse we seek to foster.” 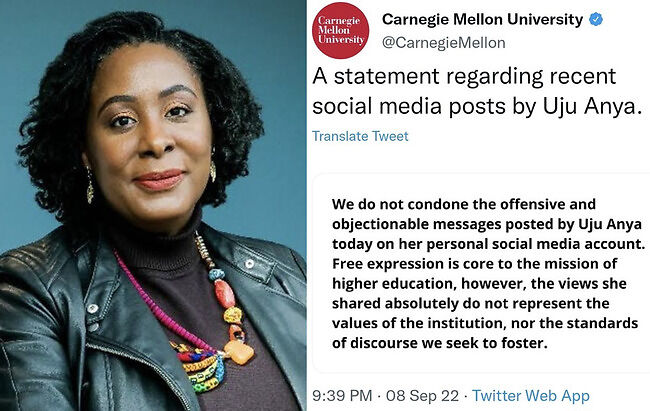 Reacting to Anya’s wish for the queen to have an ‘excruciating death’, the microblogging site, Twitter, deleted the message hours after it was posted on Thursday by the professor.

Uju Anya was born on August 4, 1976, to a Nigerian dad and a Trinidadian woman. Uju is an indigene of Enugu state, southeast Nigeria, West Africa.

Uju Anya is also famous for her support of the LGBTQ community. She has publicly declared she is a lesbian after her divorce from her husband.

Uju started as a Teaching fellow with the Phillips Academy Andover in 1998, where she teaches introductory, intermediate-level high school immersion Spanish classes.

In 2001, she became a visiting lecturer in the Portuguese Language at the Dartmouth College Department of Spanish and Portuguese. Uju coordinated the Portuguese program’s curriculum and pedagogy in this capacity, including cutting-edge multimedia resources, inquiry, social emphasis, and critical language studies emphasis on Afro-Brazilian culture.

Uju joined the Rassias Center for World Languages and Cultures as a Master Teacher in 2003. She taught and designed English Language immersion courses for executives in Tokyo, Japan, and Portuguese Language for U.S. executives in Brazil.

She then worked with the UCLA Department of Applied Linguistics as a Lecturer, Applied Linguistics & Teaching English as a Second Language (TESL). In that capacity, Uju taught graduate and undergraduate applied linguistics, TESL, and service-learning in TESL courses, as well as academic writing and research skills.

In another capacity, Uju was appointed as an assistant professor of clinical education at the College of Education at Pennsylvania State University.

In 2016, Uju was appointed as an Assistant Professor of Second Language Learning, Department of Curriculum & Instruction Research Affiliate, Center for the Study of Higher Education at The College of Education at Pennsylvania State University.

She is currently a Professor of Second Language Acquisition at the Department of Modern Languages Associate at Carnegie Mellon University.

Uju was married before her divorce. She had two children with her former lover.

Uju announced her divorce via a Twitter post, stating that she and her spouse have just finalized their divorce paperwork. She also indicated that she is free and has no plans to wed.

Been legally separated since 2017, but the final decree has just been filed. I’m now officially free to never marry anybody again. I told a dear friend I wish I could throw a huge divorce party, but we’re in a plague. This absolute darling sent me flowers. pic.twitter.com/ievZHH31GU

On September 8 2022, Uju Anya was caught up in a web of controversy for her controversial tweet after the death of Queen Elizabeth II.

The tweet, later taken down for violating the microblogging platform policy, referred to the Queen as “a chief monarch of a thieving raping genocidal empire.”

She wrote, “I heard the chief monarch of a thieving ra*ping genocidal empire is finally dying. May her pain be excruciating.“

The tweet was met with enormous backlash from the Twitter community, who viewed her opinion as insensitive, while others applauded it.

Amazon founder Jeff Bezos too lent his voice to condemn the controversial tweet.

This is someone supposedly working to make the world better? I don’t think so. Wow. https://t.co/2zoi6CdFMq

Despite the inflow of criticism, Uju Anya never backed down from her view. She quoted the U.S. Billionaire tweet with the inclusion of an Igbo phrase, “Otoro gba gbue gi” which means “May you rot by your putrid bowels and die from uncontrollable diarrhea.”

Furthermore, she claps back at other netizens calling her out. In another tweet, she said, “If anyone expects me to express anything but disdain for the monarch who supervised a government that sponsored the genocide that massacred and displaced half my family and the consequences of which those alive today are still trying to overcome, you can keep wishing upon a star.”

However, Carnegie Mellon University has dissociated itself from Uju Anya’s act. A statement from the university reads, “We do not condone the offensive and objectionable message posted by Uju Anya today on her personal social media account. Free expression is core to the mission of higher education; however, the views shared absolutely do not represent the values of the institution, nor the standard of discourse we seek to foster.”