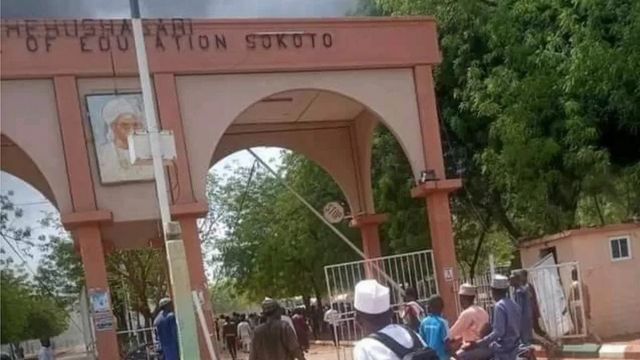 A video has emerged showing the moment students beat and set Deborah Samuel ablaze in Sokoto for blasphemy.

Newsone reports that a 200 Level student of Home Economics at Shehu Shagari College of Education in Sokoto State, northern Nigeria, has been lynched by fellow students over alleged blasphemy against Prophet Muhammad on Thursday, May 12, 2022.

She reportedly said before her death; “Holy ghost fire, nothing would happen to me, is it by force you guys would always be sending this religious stuff in the group, the group wasn’t created for that, but rather as a notice for when there’s a test, assignment, exams, etc, not these nonsense Religious posts.” 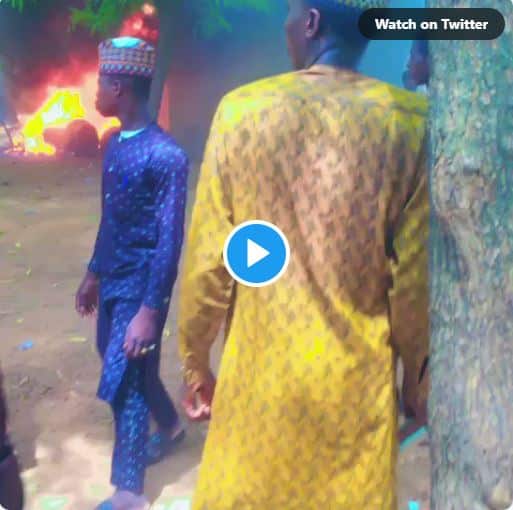 Newsone Nigeria learned that Sa’ad Abubakar III, the Sultan of Sokoto, also condemned the extrajudicial killing of the student, calling on the authorities to bring the perpetrators to book.

“The Sultanate Council has learnt with dismay the unfortunate happenings at the Shehu Shagari College of Education, (SSCOE) Sokoto that led to the loss of life of a female student of the Institution.

“The Sultanate Council condemned the incident in its totality and has urged the security agencies to bring perpetrators of the unjustifiable incident to justice.

“The Sultanate Council has urged all to remain calm and ensure peaceful co-existence among all people of the State and nation,” the statement said.

They confirm the act pic.twitter.com/gft7kjEAIg

What the police said about Deborah Samuel’s murder…

In a statement signed by the spokesperson of the Sokoto State Police Command, Sanusi Abubakar, the police said it has arrested two persons in connection with the killing, adding that the police mobilised to scene of the incident upon receiving the information led by the Deputy Commissioner of Police in charge of operation and other commanders to bring the situation under control.

According to Mr. Abubakar, the school has been shut down and additional police personnel deployed to the premises. He also noted that the Commissioner of Police, Sokoto State Command, Kamaldeen Kola Okunlola, has appealed to members of the public to go about their lawful activities and not panic as the situation is under control.

Meanwhile, Newsone Nigeria reports that the Nigeria Police Force (NPF) also vowed that the suspects in the viral video on Twitter were spotted and will be nailed soon.