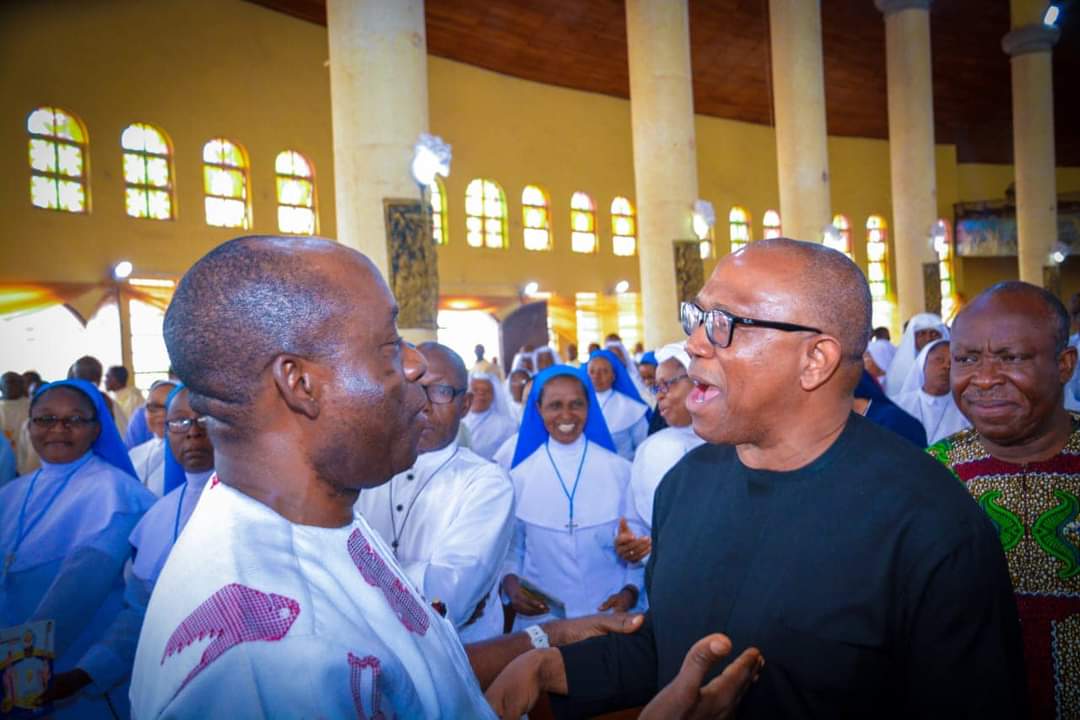 News One reports that the governor of Anambra State, southeast Nigeria, Professor Charles Soludo, has dismissed the rumour that he collected $28 million from anybody or party to blackmail the presidential candidate of the Labour Party, Peter Obi.

This online news platform understands that Governor Soludo said this while fielding questions from journalists in Awka, the Anambra State capital, after the Thanksgiving mass for Most Rev. Paulinus C. Ezeokafor in celebration of his 70th birthday at St. Patrick’s Catholic Church where he met Obi.

Governor Soludo said, “If I had truly received $28 million to blackmail my brother, Peter Obi, I should be extremely wealthy as of today.

“For those forging blackmail and all that, including the one they said I collected bribe to say what I said, I asked them to bring it so I will use it to construct roads for Anambra people. If Soludo is into bribery, I would have been a multi-trillionaire now.

“Today is very special. When we came into the service, it was the first time, Obi and I are meeting at a public event and in a Catholic Church which the two of us belong to. I think it was divine.

“When I came in, I quickly went to where he sat and hugged him, people watched with bewilderment as if it was a drama, asking if it was not the same people quarrelling,” he added.

Speaking on their perceived rift, News One Nigeria reports that Governor Soludo said it is political, stressing that he spoke with Obi about two times just last night and that politics has not crept into the relationship as brothers.

“There is no rift between Obi and me at a personal level. Nobody snatched each other’s wife. What appears to be the rift between us is fundamental political differences. Nothing else.

“On the fundamental differences we have, we are going to meet in the next few weeks. We’ve agreed to discuss and iron out our differences,” he maintained.