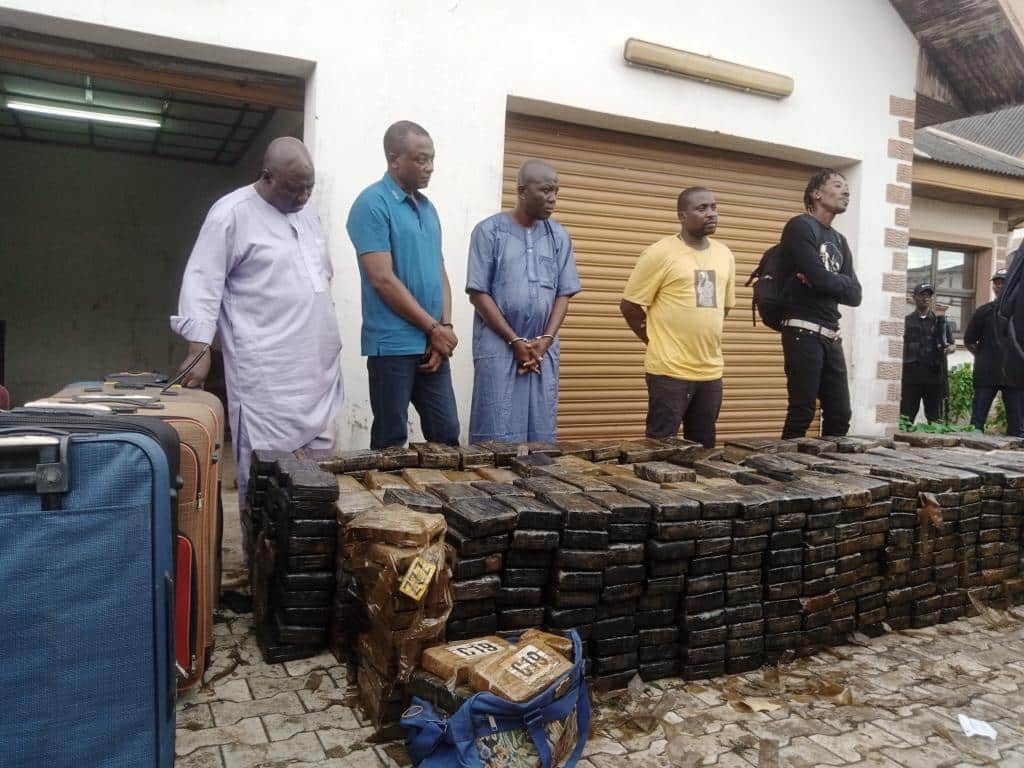 NDLEA has bust cocaine worth billions of Naira in Lagos.

Newsone reports that the National Drug Law Enforcement Agency (NDLEA) has made the highest cocaine seizure in Nigeria’s history.

This online news platform understands that the anti-narcotics agency announced the bust of a major warehouse in an estate in the Ikorodu area of Lagos State, Nigeria’s commercial city, on Monday, September 19, 2022.

Newsone Nigeria reports that no fewer than four barons, including a Jamaican and the warehouse manager, were arrested in an intelligence-led operation that lasted two days across different locations in the megacity.

The kingpins are Soji Jibril, 69, an indigene of Ibadan, Oyo; Emmanuel Chukwu 65, from Ekwulobia, Anambra; Wasiu Akinade, 53, from Ibadan, Oyo; Sunday Oguntelure, 53, from Okitipupa, Ondo and Kelvin Smith, 42, a native of Kingston, Jamaica.

Babafemi noted that they are all members of an international drug syndicate that the NDLEA has been trailing since 2018.

They were picked from hotels and their hideouts in different parts of Lagos between Sunday night and Monday.

Located at 6 Olukuola crescent inside Solebo estate in Ikorodu, the warehouse was raided on Sunday 18th September. The drugs kept in the residence are sold to buyers in Europe, Asia, and other parts of the world. They were stored in 10 travel bags and 13 drums.